Adorn Yourself with Godliness: A Study of 1 Timothy and Titus

Series — Book 3 in the "Growing in Godliness" series.

Do you long to be more beautiful?

Do you wish that you could do just one thing to look just the way you would like to look?

You can do that! Every day, you can adorn yourself with godliness.

Godliness is devotion to God expressed in a life that is pleasing to Him.

Why should you desire to adorn yourself with godliness?

This study of 1st Timothy and Titus will show you how you can adorn yourself with godliness. Are you ready to do that?

Don’t wait. Get this Adorn Yourself with Godliness Bible Study and choose to “dress,” act, and be like Him—for Him!

Get "Adorn Yourself with Godliness" here. 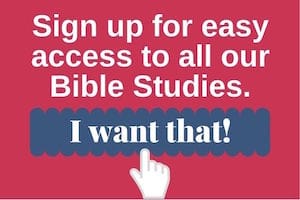 What women are saying about this study:

"I was searching for a Bible Study for our neighborhood group, and yours came up on the search. I'm so glad I found it. Your study was easy to follow, and you gave many new insights that I had never heard. You have been a blessing to me." (Barbara)

Bible Studies in the "Growing in Godliness" series

Spanish Version of an older study (no podcasts):

Who wrote 1 Timothy and Titus?

The apostle Paul identifies himself as the author of 1 Timothy and Titus.

Paul left 2 of his trusted friends—Timothy in Ephesus and Titus on the island of Crete—to continue the work of teaching the truth and resisting error creeping into the young churches there.

These letters we have in our Bible were written to encourage the young pastors, reminding them to teach and train others to be faithful to the true Gospel.

Paul’s letters to Timothy and Titus are called “pastoral epistles” because for the most part they are Paul’s counsel to his assistants who served in the pastoral or shepherd-like function of those local churches, particularly in the regions of Ephesus and Crete.

Timothy was born and reared in Lystra (central Turkey). His mother, Eunice, and grandmother, Lois, were devout Jews who became believers in Christ.

Timothy first heard Paul preach the gospel on Paul’s first visit to Lystra and trusted in Christ. When Paul came back to Lystra, Timothy joined Paul on the rest of his second missionary journey.

During that time, Timothy helped to establish churches at Philippi, Thessalonica, and Berea. Six of Paul’s epistles to churches include Timothy in the salutations meaning Timothy was with him when Paul wrote the letters.

After Paul’s release from prison (around 62 AD), Timothy and Paul traveled to Ephesus where Timothy was left to care for the church. Paul wrote 1 Timothy around 64 A.D. from Rome or Macedonia.

Paul wrote 2 Timothy (~ 67 AD) while Timothy was still in Ephesus.

Titus was a Greek who listened to Paul’s preaching and believed in Jesus. Paul brought him to Jerusalem (Galatians 2:1-4) to show the apostles and other Jewish believers how a Greek non-Jew could love God just as much as they did.

Titus traveled with Paul on missionary journeys, helping in the work of sharing the gospel. During the 3 years Paul was teaching in Ephesus, Titus was there.

Paul thought of Titus not only as a very faithful friend but also as his spiritual son because he had led him to trust Christ.

After Paul was released from the Roman prison where he had been for two years, he and Titus traveled to the island of Crete. Paul left Titus on Crete to continue teaching the new Christians and to appoint church leaders for each new church.

Godliness is devotion to God expressed in a life that is pleasing to Him. It also means to take on His likeness as we present Him to the world around us.

Attributes of godliness are those same ones found in our Lord Jesus Christ—humility, compassion, love, prayer, dependency on God the Father, and many more.

What does it mean to adorn yourself?

The English word “adorn” translates the Greek word kosmeo from which we get our word “cosmetic.” It means, “to arrange, to put in order.”

Whenever you are applying your make-up, you are actually putting your face in order.

When you get ready for a job interview, you’re arranging yourself in such a way by what you wear and how you act to demonstrate that you are truly the right person for the job!

What could be a more beautiful, worthwhile goal than to aspire to adorn yourself with godliness, to put yourself in order with the very character of God—to arrange or live your life properly displaying the beliefs you claim to profess?

Christians should strive to “dress,” act, and be like Him for Him!

Read my blog "Adorn Yourself with Godliness" for more understanding of what this means.

Why should you adorn yourself with godliness?

Your adornment is important because those who oppose Christ and the Gospel (the “fashion police”) are always watching, looking for an excuse not to believe.

When you adorn ourselves with godliness, there is nothing for “them” to accuse. Then, the word of God, God’s message to the world that you profess, will not be dishonored or discredited (Titus 2:5).

What will you learn from studying 1 Timothy and Titus?

The Adorn Yourself with Godliness Bible Study looks closely at two of Paul’s letters: 1st Timothy and Titus.

You will learn that you have everything you need for godliness through the Spirit of God who lives inside you and is continually at work in you.

You can never be more beautiful than to adorn yourself with the very character of God so that your life displays the beliefs you claim to profess. Approach your world every morning as you do your mirror—getting ready to present His Body to an ugly world, desperately in need of adornment.

You can choose to “dress,” act, and be like Him—for Him. That’s adorning yourself with godliness.

If you appreciate having these studies available, please help me continue to provide Joyful Walk Bible Studies online by donating to this ministry.

We provide quality Bible Studies for women to learn how to study the Bible for themselves and resources for leading Bible Study groups.